A desert knight crawls over a ridge, the blazing sun beating down on their back. Grabbing their blade and whispering a short prayer, they slide down the cliffside, leaping to action as a sand myxini chases them.

A merchant's guide counts his coins as he prepares for another day of travel. The desert may seem barren to some, but it has proven a profitable venture for those brave enough to master it.

A bounty hunter stalks their prey, following them through the streets of Oasis. A target of the Heralds, this is an assignment the bounty hunter cannot risk failing.

Explore Oasis, a sprawling city-state that rules the barren desert. The Heralds rule with an iron fist, constantly balancing between suppressing civil disorder and maintaining their own profits. The Opal Scribes seek to further their research, needing daring adventurers to explore the unknown corners of the desert in order to bring back specimens for analysis.

Prosgia is the perfect setting to start your 5th edition adventure! Use it as a location for your one-shots, as reference for your campaign’s political system, or as a far off land to hunt for rare magical items and spells in! 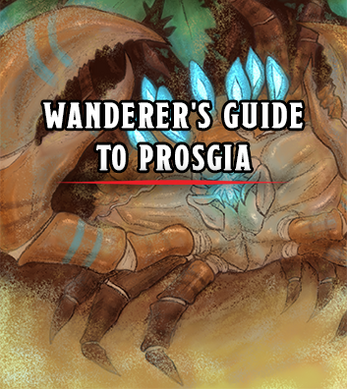 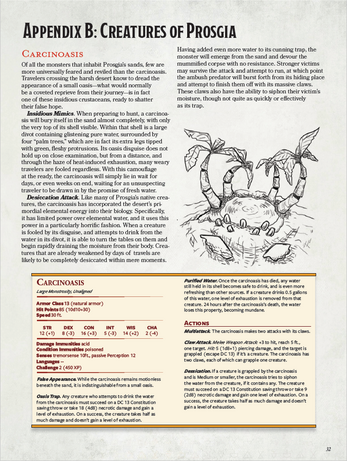 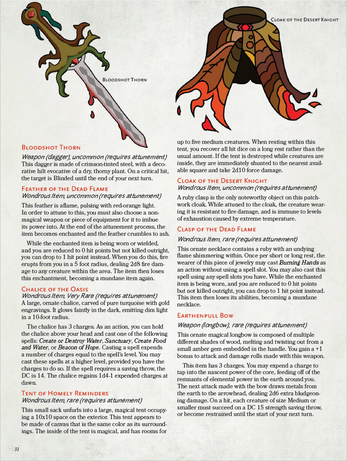 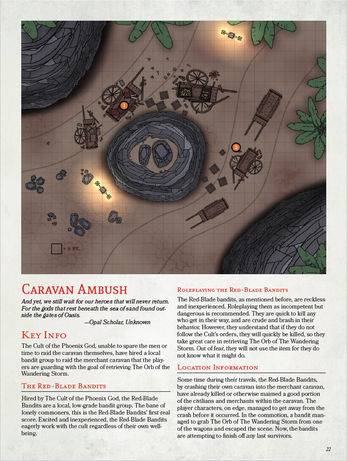